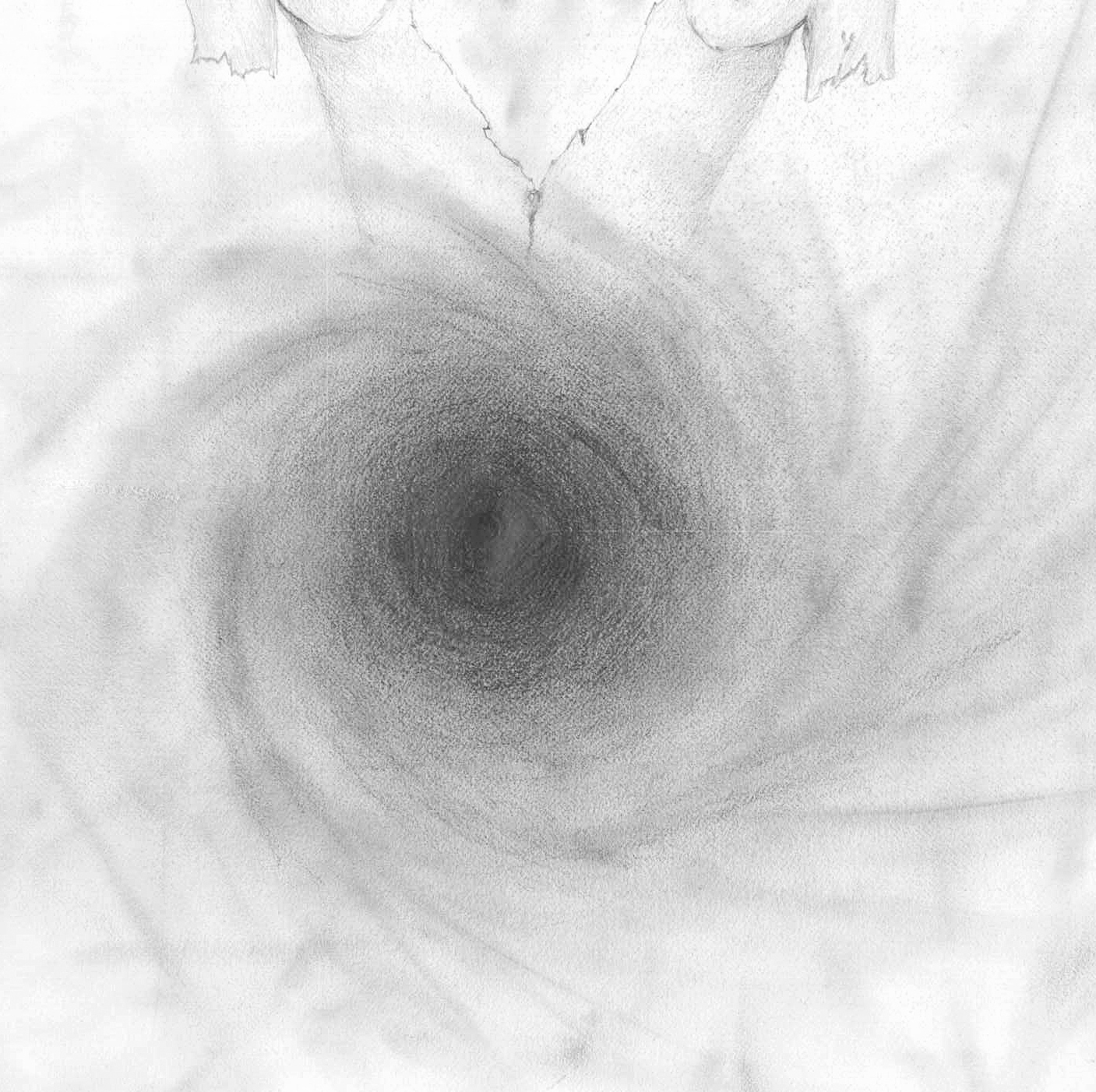 Juanita Van Ham describes the horrifying trauma and how TFT relieved her of its debilitating effects. At the end of her story is a link to 5 drawings she did depicting the healing process that came to include other parts of her life as well. Juanita’s husband, Lee, adds his perspective.

I entered the credit union shortly after 9am on Monday morning. There was no line so I walked up to a teller and handed her my checks, suddenly there came from behind very loud voices yelling obscenities. It felt surreal.

It took me a few seconds to realize these voices were here, now, yelling and cursing for us to get on the floor.I turned around and there were three men in black hooded sweatshirts with white cloth over their faces pointing weapons, large – not handguns, but rifles. They had a young male hostage.

I didn’t get far enough down on the floor. The leader, a very large, aggressive man was barking out orders to everyone and for a moment his words were directed at me. I tried to imagine myself as part of the carpet. I also thought that none of us had any value to these desperate men and we could be shot at any moment.

Feeling like both a fleeting moment and a life-time, the armed robbery was over. We were gathered into an office to await the arrival of the police and FBI.

As the bank employees and I talked a little and cried, I remembered that there was a young African-American man waiting in a car outside as I entered. He had caught my attention because I liked the music he was listening to. I was concerned that he may have been the hostage and walked with one of the tellers over to the window.

The car was there and the doors were wide open but

the young man was nowhere in sight. It turned out that he was the son of the only other two credit union members who were present during the robbery. His parents were limp on the floor sobbing with grief. I remember thinking how many times my older children had waited for me in what I thought was a safe location.

After being questioned, I returned home. The dizziness I had experienced had pretty much subsided and I wanted to get out of there. I don’t know how I drove home.

When I entered and saw my husband, Lee, I began to fall apart. I carried in every cell of my body the image of the aggressive man, holding the weapon, who had no face. I was struck with a terrible migraine headache. The sobs and fears ebbed and flowed as the images took control of me.

I don’t remember much of the next eight days. I did not want to leave this one room in the house. I didn’t want to talk about it, not even with my adult children.

I tried rationalizing what had happened. “This wasn’t like being in Iraq or like the people I had been with in Guatemala who had suffered through the incredible violence of the Scorched Earth Policy.” I had carried my six-year old daughter into the ER in a coma – this wasn’t that bad.

What was wrong with me? Nothing helped. I was frightened at levels beyond anything I had known before. I didn’t make sense. It wouldn’t go away. I felt lost to myself.

I did see my counselor and she diagnosed me with Post Traumatic Stress Disorder and said it would be a good idea to call my physician and get on medication for awhile.

On the eighth day, I went to see Paul Oas. He had been out of town when Lee had called and had just returned. I knew nothing about the treatment (TFT). Lee had read some information out loud to me, I think, but nothing was sticking in my brain. I couldn’t read or concentrate.

We entered Paul’s office and I remember feeling confused and unsure but very open to try a technique that worked with the wisdom of the body, not drugs. The actual experience is kind of a blur. I remember working hard to concentrate on what Paul was saying and to follow his patterning of tapping movements. He had me say words that I mostly don’t recall.

I experienced a shift inside as we repeated the techniques. Eye movements were a part of it. I remember the instruction to sing a childhood ditty and thinking, “This seems odd.” Mary had a Little Lamb came instantly to mind and as I sang it, there was the sensation like a flood gate opening up and I felt awash with joy.

I couldn’t believe the sensation as I felt the rigidity of fear leave my body and my muscles relax. I laughed out loud!

If anyone had told me that I would be shifted from a paralyzing fear to joy-filled laughter in one Thought Field Therapy treatment, I would not have believed it. I had to live it!

The huge, looming, armed robber without a face was now a small figure in my head. I told Paul about it. He explained that this experience was now a memory, no longer a trauma.

The following week I had a couple of set backs. First, I was feeling good and was going to see my Naturopathic doctor. I have been driving expressways for 40 years but found that I went into a state of panic on the road; feeling convinced that the aggressive driving meant they were out to get me.

Two days later, Lee and I were in a different credit union in National City and I began to panic thinking about how quickly these young peoples’ lives could be changed if a robber entered. I had to leave before the transaction was completed. I was not traumatized to the extent I had been but definitely shaken up.

Talking with Paul, he explained about the surfacing of older traumas and told me to go through the treatment again. I did and have been doing very well even experiencing some significant healing regarding other parts of my life.

I am appreciating the body’s ability to heal itself at levels far greater than I could have imagined. I am grateful for the compassionate healing abilities of Paul Oas and the Thought Field Therapy technique.

We walked up to the church offices where we had an appointment with Paul Oas because eight days before Juanita was deeply traumatized when, while at the teller window, three masked men with large weapons robbed the credit union.

It was a summer morning in San Diego, but Juanita had on extra layers and was chilled.  Like the other days since the traumatization, vacuous eyes looked out from a lifeless face.

Paul welcomed us into his office, and, after a bit of conversation establishing human connection, he came around his desk and led Juanita through the de-traumatizing process of thought field therapy (TFT).

I felt I was observing a miracle. During the eight days Juanita had, in the words of her therapist whom she had gone to see, all the symptoms of Post Traumatic Stress Disorder (PTSD): headaches every day and sometimes throughout the night, crying when daily things stressed her, being startled by noises or movements, unable to drive, inability to sequence thoughts in conversation, unable to work, basic and general dysfunction.

But in this brief treatment, no more than 10 minutes, a huge shift happened. Juanita giggled, sparkles shown from her eyes, she was flushed with energy and took off the jacket she’d needed just minutes before. Her images of the robbers were reduced from huge, intimidating men to harmless midgets.

She sat relaxed. She was present again. I think all of us brushed some tears from our eyes, being emotionally affected by this simple and profound procedure that broke the grip of trauma and let her whole person reintegrate toward health.

In the next days, Juanita began gradually to re-engage life. She could think a sequence of thoughts again and plan her day. No more headaches. Her appetite gradually returned.

When expressway driving was still too much for her, we decided on a second treatment. Having a written copy of the treatment sequence with us, I led her in it. Again, there was remarkable improvement, and she was soon able to drive in heavier, faster traffic.

How grateful I am, as the spouse, for those who are learning how to work with energies in therapy, integrating spirit with body and mind.