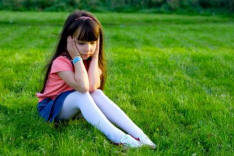 Irish Survivors of Child Abuse: How TFT Can Help

I am a solicitor who has trained in Thought Field Therapy®. I have spent 15 years acting for survivors of trauma to obtain compensation arising from accidents and abuse. However there are certain groups that I have represented in the UK that money alone will not rebuild their fractured lives.

I have spent the past 5 years taking evidence from the Irish survivors of child abuse and seeking compensation for them under the Residential Institutions Redress Act (2002) in Dublin. The abuse occurred between the 1930’s and the 1970’s. The average age of my clients is 60. Most of my client’s have waited 50 years to tell their story and seek redress.

We must not take for granted that orphans around the world are being well cared for. This was the mistake made in Ireland and now we are dealing with the horrendous reality of the abuse suffered by these children. UNICEF is currently running a 5 year campaign to help children, as according to their statistics already 15 million children have been orphaned by AIDS. Lacking a parent’s care, millions of children are now missing out completely on experiencing a family life, receiving an education or being protected from child labour.

A group of people coming together with a common aim and purpose can do so much to alleviate the suffering of orphans and this is why it important to support the ATFT and ATFT Foundation (UK) with their projects in Tanzania and Rwanda. We can reach these children and help them through TFT to overcome any trauma that they may have suffered.

I will firstly provide some background information regarding the Irish survivors of child abuse:

On 11th May 1999, the Irish Government issued an apology, on behalf of the State, to the tens of thousands of children who grew up in Ireland’s industrial schools. The event coincided with the broadcast on Irish national television of the final part of States of Fear, a series of three documentaries exposing astounding levels of physical and sexual abuse suffered by many of these children while in the care of the Catholic religious orders who ran these institutions (Raftery and O’Sullivan, 1999).

A series of measures, aimed at achieving redress and mitigating the effects of abuse and supporting Survivors and their families, have since been put in place by the Irish Government. In addition to these provisions, Survivors have also established their own support groups.

To date, some 14000 Survivors have come forward with approximately 5,000 applicants being resident in the UK. Direct work with Survivors has confirmed that the scale, severity and nature of abuse revealed in States of Fear was, in many ways, the tip of a much larger iceberg.

The psychiatric and psychological problems experienced by Survivors are well documented within the Ryan Report and psychiatric reports that I have obtained to date for my clients. The Redress Unit in Dublin is very proud of the monies that have been allocated for counseling and we acknowledge this important contribution.

However, psychiatrists who are preparing psychiatric reports as part of the ‘redress process’ have advised that counseling may in fact make matters worse for many Survivors and that it is best that cases are opened and closed as quickly as possible to avoid exposing the applicant to further trauma. Survivors themselves have indicated the enormous benefits they gain from group work, as opposed to individual therapy.

Types of Abuse suffered by survivors

How TFT can help

I first became aware of Thought Field Therapy (‘TFT’) in May 2006 when it was used in the UK by Paul McKenna. I immediately wanted to find out about the treatment because it was a natural, drug-free, non-invasive system to eliminate the root cause of negative emotions.

I had always been interested in other treatment methods such as EMDR because I had seen over the years thought my work that other treatment did not seem to work. What I liked about this treatment was that the client could tap their own body and it was therefore empowering, as well as effective.

Dr Callahan submits that most experts in the mental health field currently believe that past experiences, body chemistry, the brain (amygdale), nervous system or cognitive factors are the fundamental cause of negative emotions. The algorithm for trauma challenges some of the commonly accepted notions.

I had previously read the book Healing without Freud or Prozac’ by Dr David Servan-Schreiber, a psychiatrist and neuroscientist who submitted that psychoanalysis was losing ground having dominated psychiatry for 30 years. He looked at seven highly effective treatments that work through the body to tap into the emotional brain’s self-healing process.

Although he noted that psychotropic medication can be incredibly useful; he was aware that anti-anxiety and antidepressant medicines do not ‘cure’ in the sense that antibiotics cure infections. He did not mention TFT in his book but he did acknowledge that working through the body was the answer and he did suggest acupuncture.

I also liked the fact that ‘TFT’ was instantaneous because the Algorithms when performed properly, will often remove all traces of trauma and sequelae, such as nightmares and obsession, within minutes. I am aware that for complex trauma that there may be many different trauma events to clear, which can take time.

When acting for survivors of childhood abuse it is very important to allow clients time to build up trust. Later on this year I shall be arranging through the ATFT Foundation (UK) a TFT day to introduce thought field therapy to survivors. In the past 6 months 2 members of my staff and 2 women who work with the Irish survivors of child abuse have been trained to algorithm level. There is also an algorithm training course in Dublin on the 6th and 7th March 2007 where another 6 or 7 people will be trained. Survivors can then come along and see whether Thought Field therapy is a treatment that they would like to try.

I am currently on Step C of my training and I am addressing a women’s group of Irish survivors on the 25.03.07. I am hoping that some women will come forward to work on phobias and trauma events and I will through my ‘Step C’ training have the support of Dr. Roger Callahan. I hope to record some success stories, so that we can show that ‘TFT’ can assist survivors of long term childhood abuse. Psychiatrists confirm that this is an area that is still very difficult to treat.

2 thoughts on “TFT for Survivors of Child Abuse”