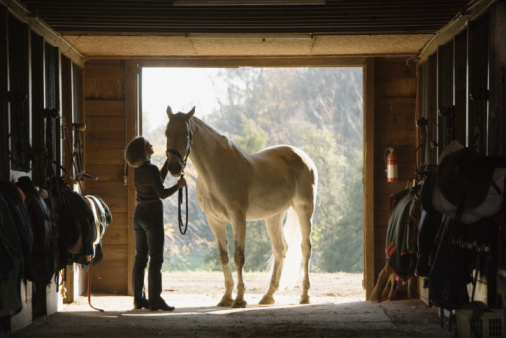 TFT and Horses: An Interesting Journey

I am excited to share some of the successes, and some of the non –successes of my work with horses using Thought Field Therapy. It is not something I ever planned on doing, but after learning of the helping potential of TFT with Equines, I wanted to give it a shot. I also have an affinity for horses (and ponies are okay too, I guess), so when asked if I could work with a horse, I quickly, although nervously, agreed.

I received a call from a woman, Sylvia, whose horse, Red, shied away from, and tried to refuse to go into tall grasses – anything over about 8 inches or so. This behavior seemed to come on suddenly with no obvious stressor causing it.

All the work we did was via telephone. First I had Sylvia (dismounted) lead Red toward the grass, until Red started showing signs of anxiety (ears flat, breath quicker, eyes tending to roll upward). When the anxiety appeared, Sylvia stopped, and I had her first pat the horse’s PR spot, right behind the shoulder. Then we moved on to Sylvia tapping herself as a surrogate while holding a hand on Red.

We didn’t know what caused the stress, but a general rule of thumb I use is that something happened to cause it – an experience that then provided a memory. So, we started with the complex trauma algorithm. Again, Sylvia tapped her own points while touching Red -Eye Brow, Under Eye, Under Arm, and Collarbone. She needed to do the series twice, and then the horse calmed down.