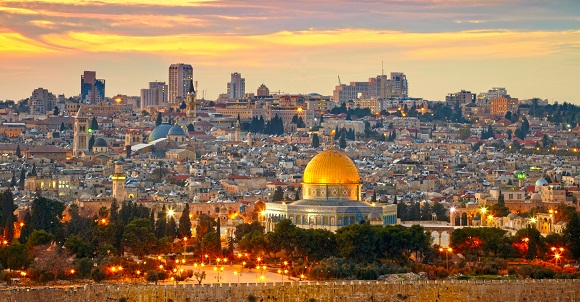 In August we were deployed to Jerusalem together with Suzanne Connolly from the USA, to provide diagnostic training to a group of academic psychologists. Training took place at the Herzog Hospital Israel Centre for the treatment of Psychotrauma, including participants from other areas of Israel.

The psychology team there are now undertaking a study assessing the benefits of TFT for treating the many who have suffered psychological trauma in Israel.

During the training, we were able to treat a few patients who consented to attend the group for treatment with TFT. The volunteers included a married couple with long standing PTSD who had been fortunate to survive a suicide bombing, and had been attending the psychologists with little benefit for several years.

They were treated in separate rooms, one half of the trainees treated the husband and the other half treated the wife. We joined the two groups together to evaluate he result of treatment. The smiles and the laughter said it all. The husband invited the men to dance, as is the custom, his wife just smiled and laughed while watching the men celebrating.

Three days later they returned to the centre to tell us how TFT had changed their lives. The lady had taken a bus (which she had never done since the bombing) to visit her sister, to whom she had given TFT treatment with great success. We often wonder how many more people have received treatment from her.

Excerpted from “Update from the TFT UK Foundation” in”Tapping for Humanity,” Spring 2015

*In May, 2014, Dr. Robson was named Humanitarian of the Year at the ACEP conference